Welcome to Part Seven of 15 Years of Mysteries! 2010 was the dawn of a new decade and the lucky 7th year of the Mystery Book Club. A few ideas to breathe new life into the discussion group were beginning to percolate with the idea of theming mysteries. 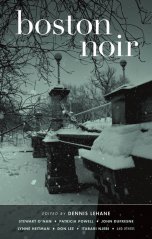 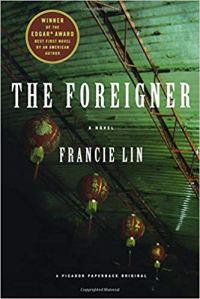 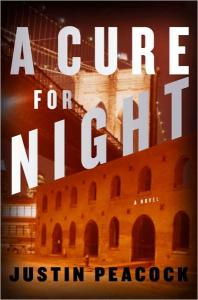 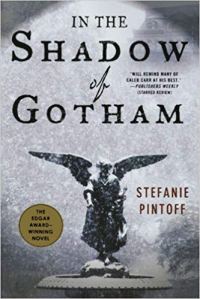 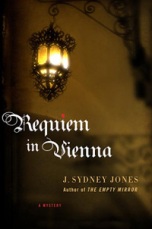 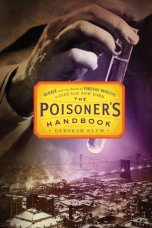 Synopsis:  The senior senator from Illinois arrives home from a fundraiser to find his wife dead. Immediately, he phones his attorney, former DA Philip Rotondi, to begin an investigation into the murder.

Thoughts:  This 23rd book in the Capital Crimes series, while not quite as good as the earliest entries, was nonetheless an enjoyable read.

Synopsis:  A collection of stories featuring the city of Boston and its environs. Each gritty story in this collection is set in a different neighborhood of the city, from Cambridge to Boston Harbor to Southie to Roxbury.

Thoughts:  Lehane introduces this collection of stories, which also includes his own contribution, Animal Rescue, set in Dorchester. For me, one of the standout stories was Dark Waters by Patricia Powell about a middle-aged woman finding a man bleeding at her front door.

Thoughts:  This book parallels the characters of the TV series and reads like a book the fictitious Richard Castle from the show would write.

The Edge by Dick Francis

Synopsis:  Travel the transcontinental Canadian railroad along with the super-rich for a horse-racing tour. Along the way, an undercover agent seeks to investigate corruption, blackmail, and murder.

Thoughts:  If Murder on the Orient Express is considered the greatest mystery set on a train, The Edge, in my opinion, would be a close second.

Edgar Award Winning Mysteries. For a change of pace, the selections for the months of May, June, and July all featured Edgar Award nominees, one of which won the award for best first novel. It was the first time the group explored themed selections, which lead to comparisons of the chosen titles.

The Foreigner by Francie Lin

Synopsis:  After the death of his mother, Emerson Chang travels to Taiwan in search of his younger brother who has become involved with the criminal underworld. This novel won the 2009 Edgar Award for Best First Novel.

Thoughts:  While some in our group liked the story, we unanimously agreed it is not a mystery. If the Edgar Award is meant to honor the best in mystery fiction, how did this book even get nominated? Emerson’s brother may be involved in the Taiwanese criminal underworld, but there is no murder to solve. The book did make for a likely discussion of what defines the mystery genre.

A Cure for Night by Justin Peacock

Synopsis:  A rising-star lawyer joins the Brooklyn Defenders office and becomes involved with a high profile murder case involving a pot dealer from the projects. What’s cut and dried turns out to be more complicated than the trial initially seemed. An Edgar Award Nominee for Best First Novel in 2009.

Thoughts:  Yes, this book lost to The Foreigner for Best First Novel, but its story is a far better fit for the mystery genre. The main character and the case he’s assigned are equally compelling. A full review of this novel appeared on my blog in February 2011.

In the Shadow of Gotham by Stefanie Pintoff

Synopsis:  A historical novel set in New York at the turn of the last century. Detective Simon Seale has suffered a tragedy and transfers to a department north of the city. A few months into his new life, a quiet country town is rocked by a scandalous murder that occurred in the middle of the day. Winner of the 2010 Edgar Award for best first novel.

Thoughts:  This was a solid historical mystery. Fans of the TV series, Copper and Ripper Street, would like this one.

Synopsis:  Set in 1899, a falling fire curtain narrowly misses Gustav Mahler, the director of the Vienna Court Opera, but does kill a soprano during a stage rehearsal. Lawyer Karl Werthen teams with criminologist Hans Gross to look into this and subsequent accidents apparently aimed at Mahler. As the investigation descends into the politics of music, Mahler emerges as the nexus for an ever-widening pool of suspects.

Thoughts:  An interesting historical featuring a fictionalized Gustav Mahler. A full review of this novel appeared on my blog in February 2011.

Death at the Alma Mater by G. M. Malliet

Synopsis:  The Master of St. Michael’s College, Cambridge, holds a fundraising weekend for wealthy alums, but all goes awry when the glamourous and despised Lexy Laurant is found strangled on the grounds. There’s a lengthy list of likely suspects. As Detective Chief Inspector St. Just weighs clashing egos, he discovers unsavory secrets…and a most shocking twist.

Thoughts:  A malice domestic in the traditional of Christie. There are a lot of characters to keep track of, but there’s a handle cast of characters guide included. I did a full review of this book in January 2011.

The Poisoner’s Handbook by Deborah Blum

Synopsis:  Against the backdrop of New York City’s Jazz Age, two pioneering forensic scientists embark on a true story of chemistry and detection, poison and murder.

Thoughts:  A very readable nonfiction account of 11 poisons and the tools used to detect their use in early criminal cases through the Jazz Age. The very first book I ever reviewed on The Poisoned Martini!

Bookmarked for Death by Lorna Barrett

Synopsis:  In this second installment of the Booktown Mystery series, Tricia Miles – owner of the Haven’t Got a Clue bookstore – must solve a murder when a bestselling author is found dead in her store’s washroom.

Thoughts:  Fans of the Death on Demand series by Carolyn G. Hart would like this one. This was the second mystery book group pick I reviewed for my blog.

And those were the selections for 2010. The Edgar Award winners as a themed selection were an interesting experiment that would lead to big changes in 2011.

In 2004, I began a book discussion group focused on the mystery genre. In the 15 years since, the Mystery Book Club has read more than 150 mysteries, suspense thrillers, and a few true crime tales. Follow along as I take you through the years in a look back at “15 Years of Mysteries.” Stay tuned for part eight.

To choose an Edgar Award winning book for your next read or discussion, check out: http://theedgars.com/awards/